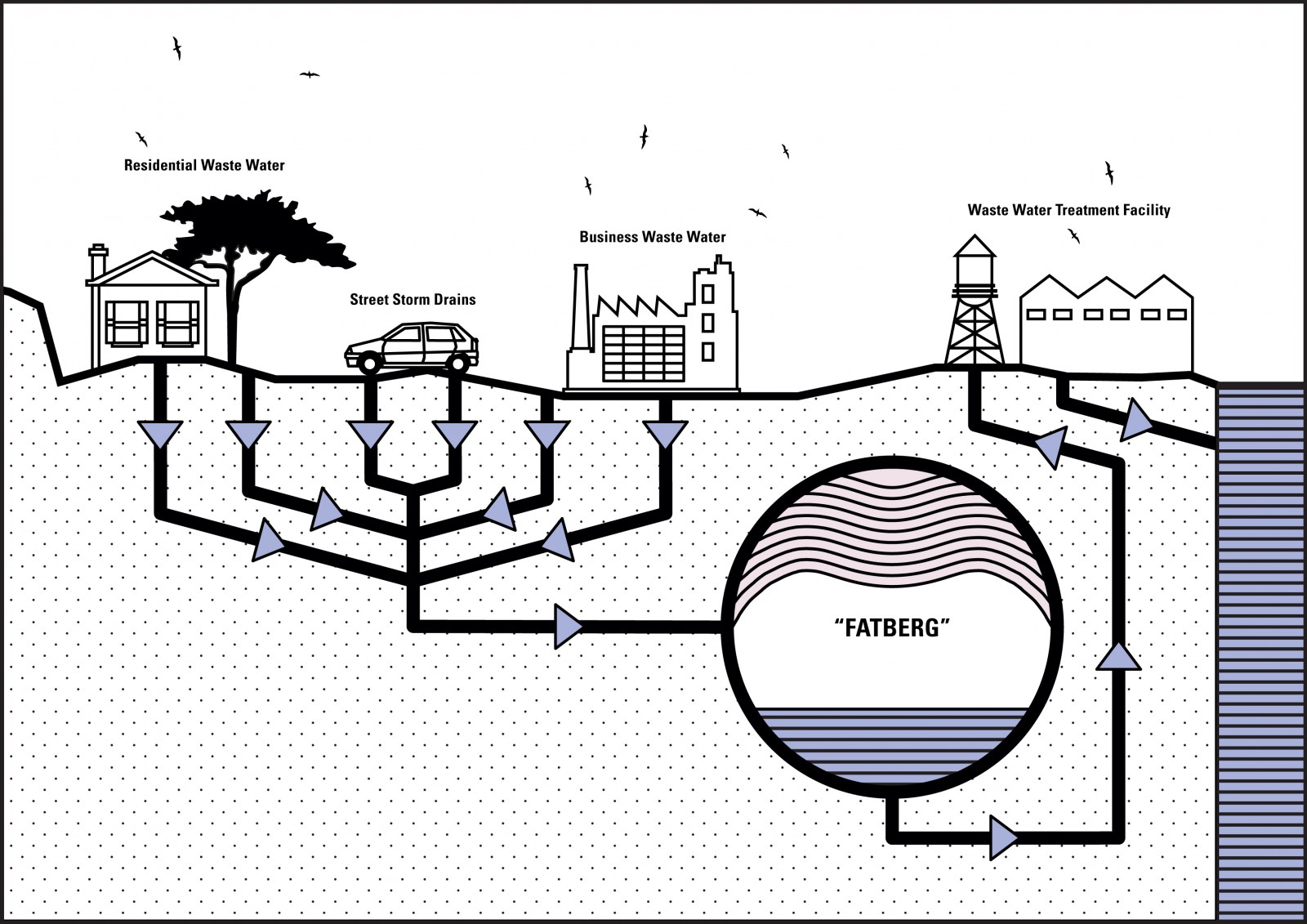 It is estimated that food businesses in London, produce an estimated 32-44 million litres of used cooking oil annually, the vast majority of which is simply poured down the drain. Given the sewer FATBERG as a source of inspiration, we were particularly interested in the solidifying process of liquid fats, and how this behaviour might be harnessed to create a logical system for construction. Native Fatberg’s, that is, Fatberg’s formed within living sewer systems, are born from a complex mixture of animal, vegetable and man-made trans fats with other materials such as sanitary wipes, which when solid form a rancid, fatty like concrete. Our goal was thus to appropriate this phenomena as a means of production.