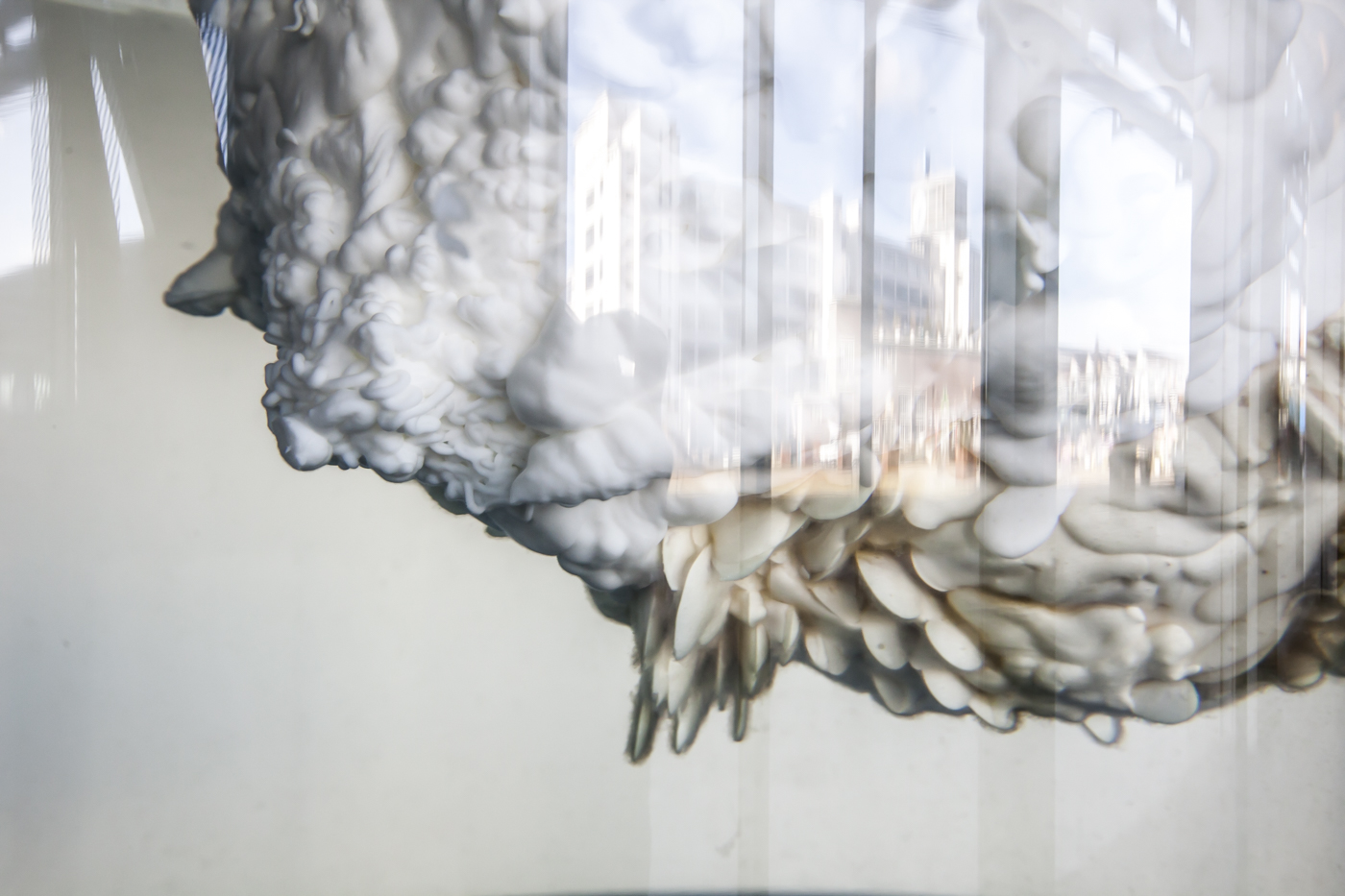 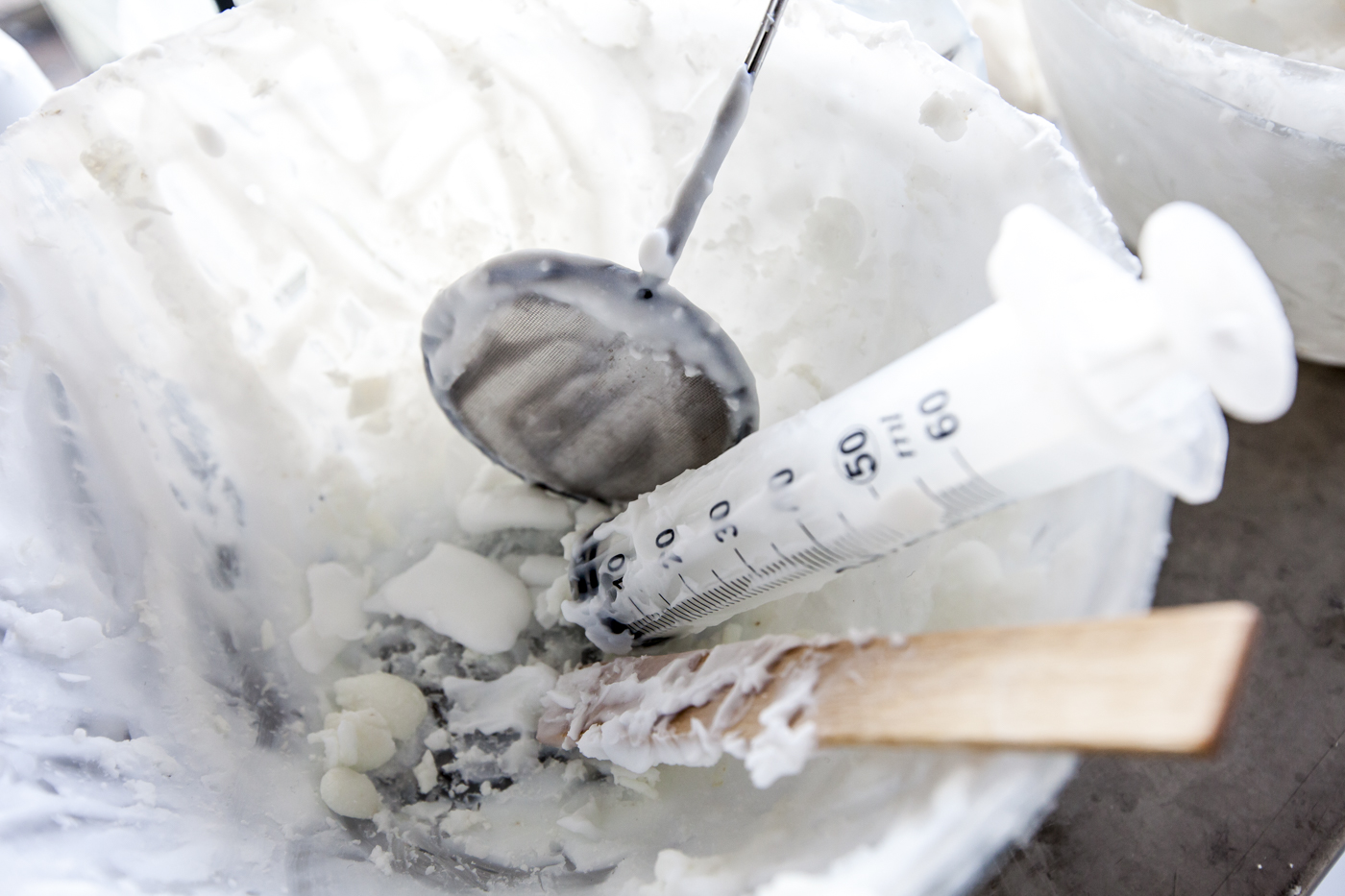 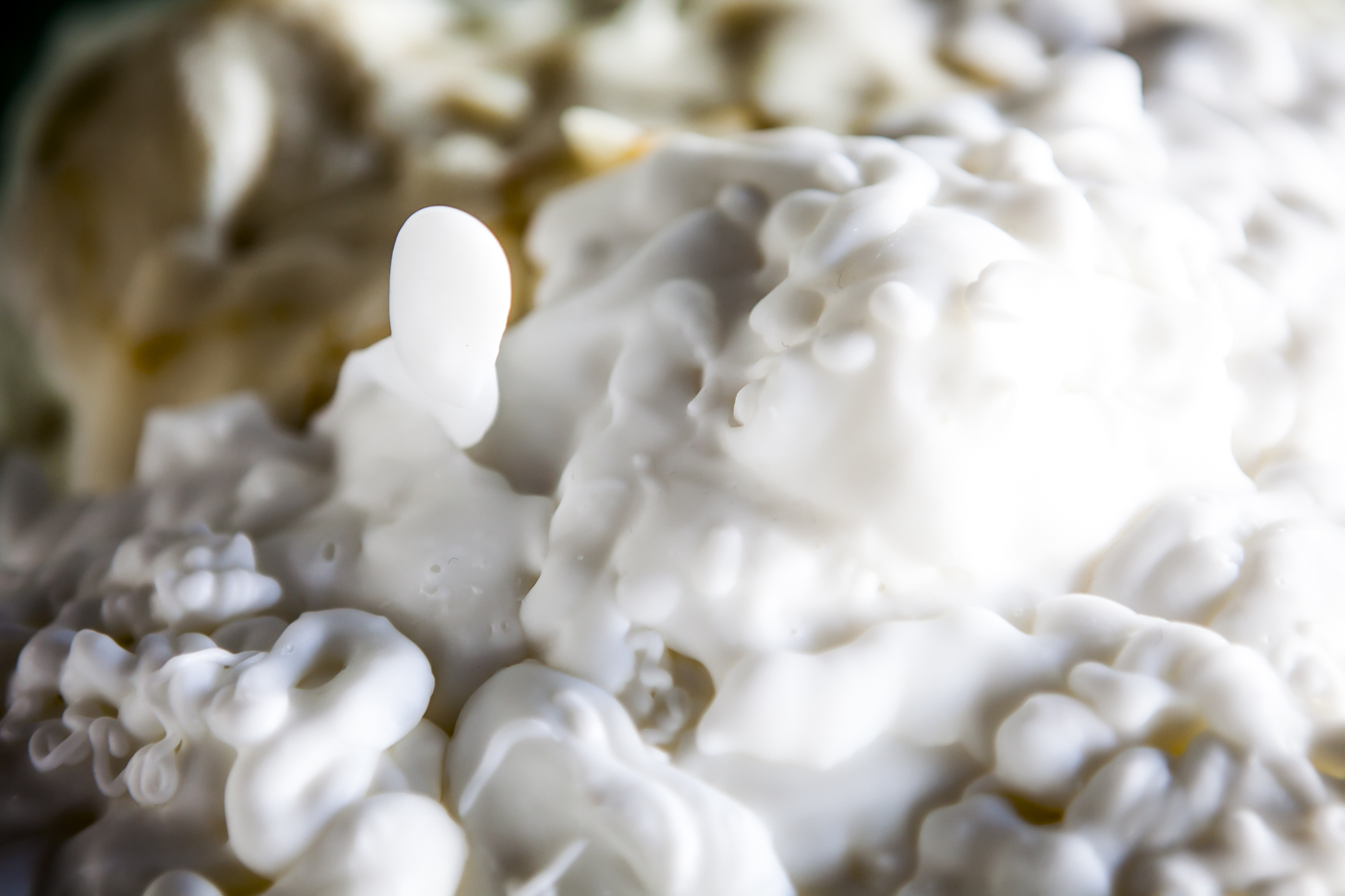 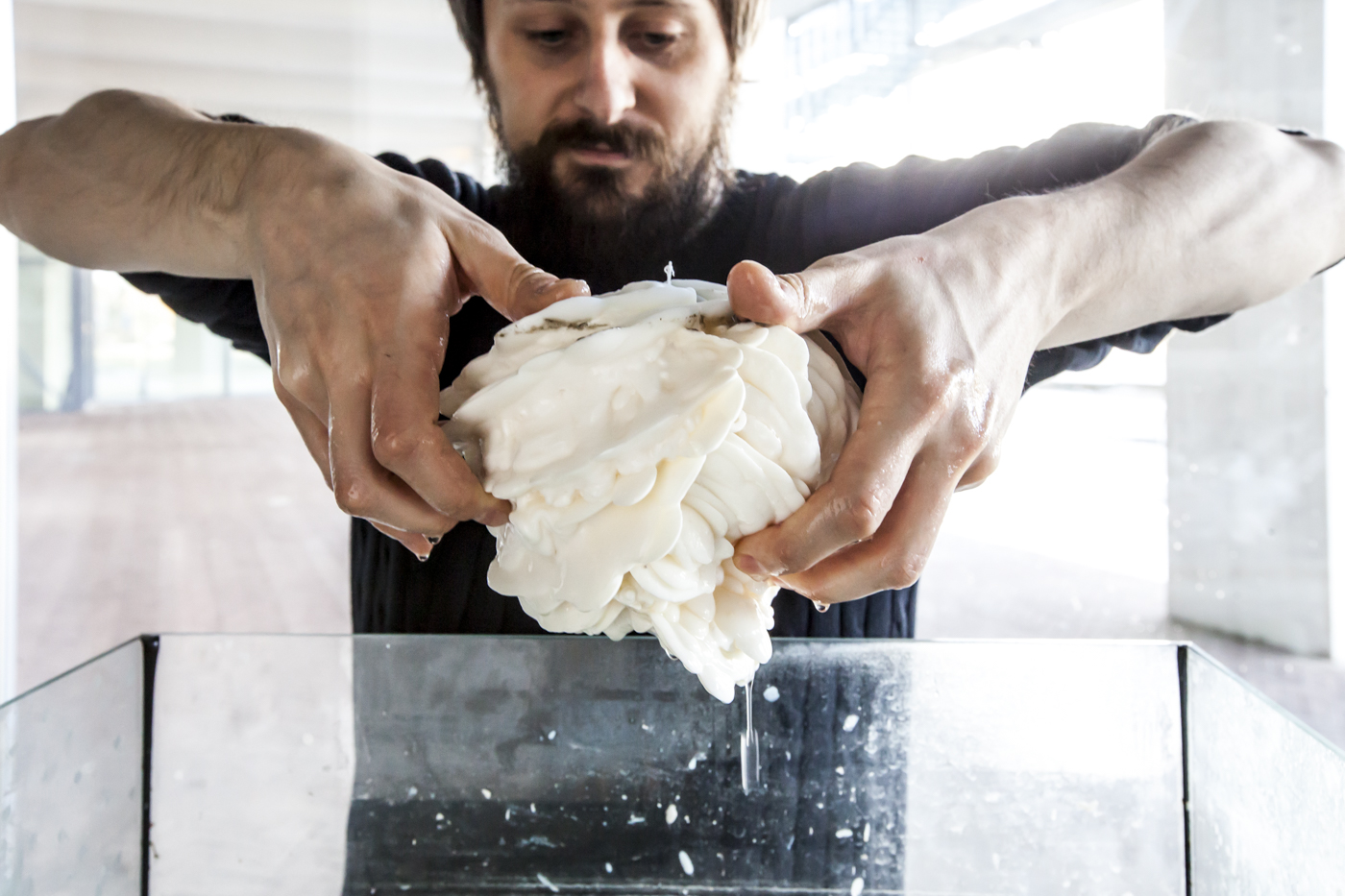 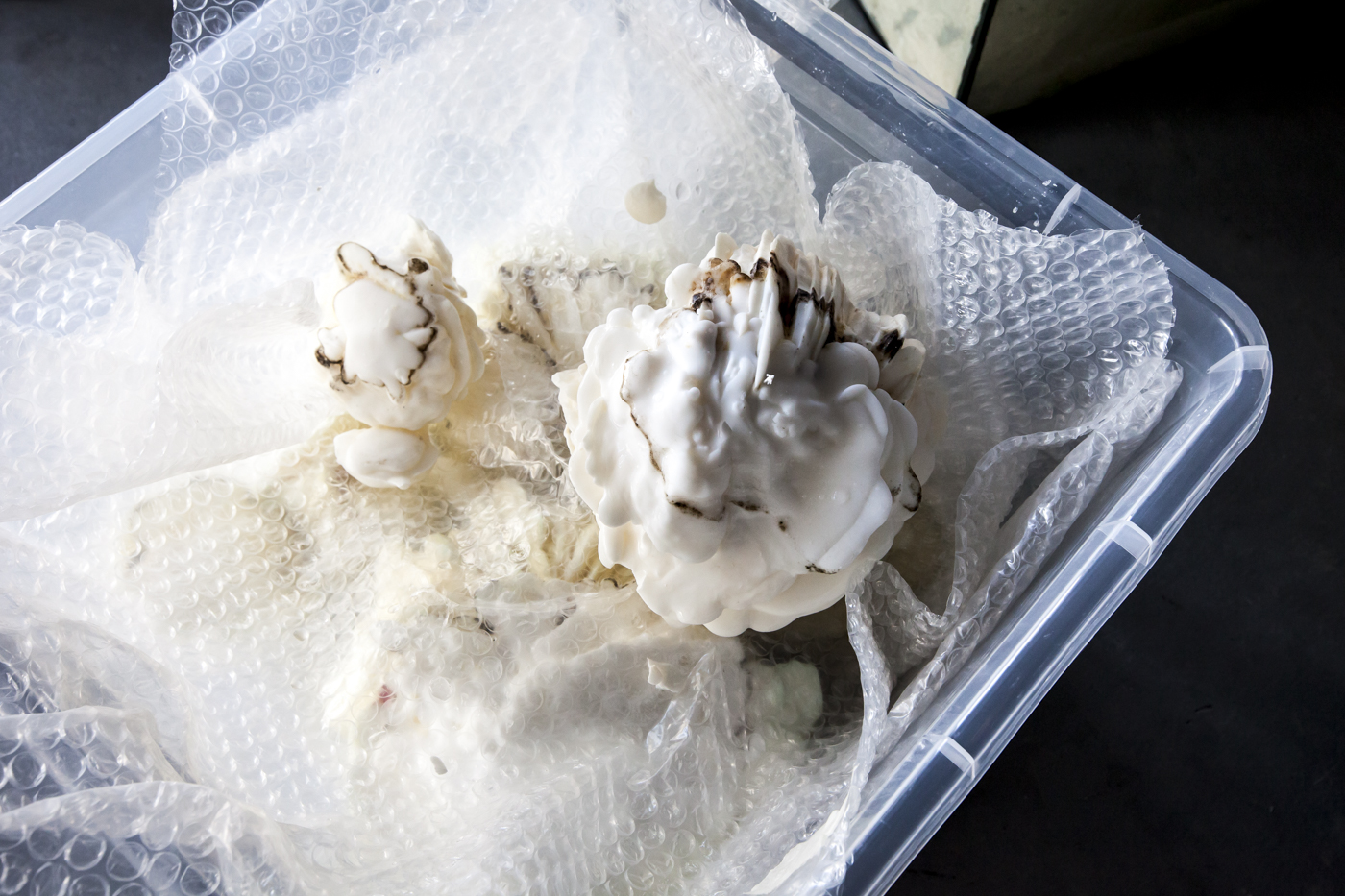 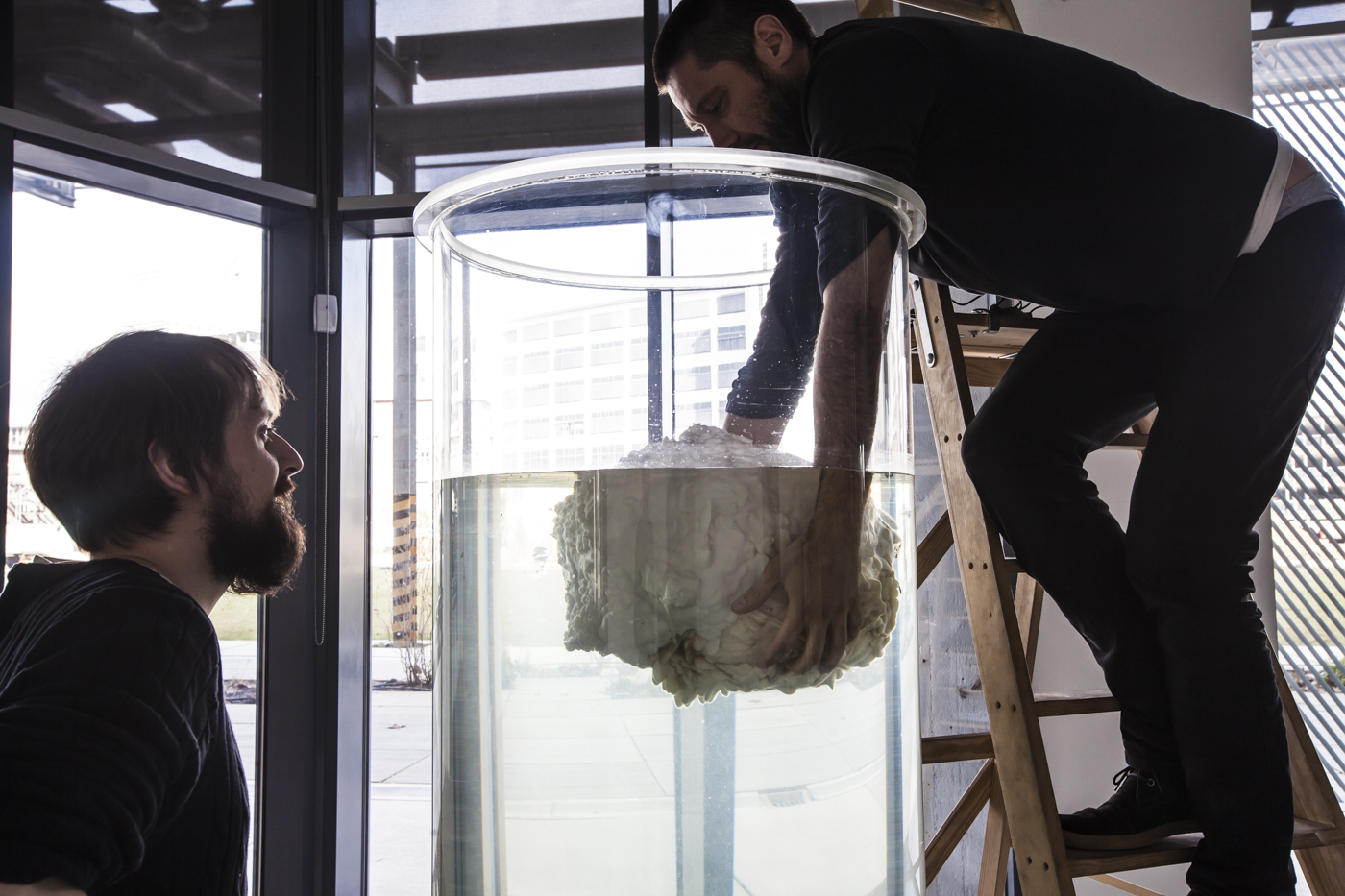 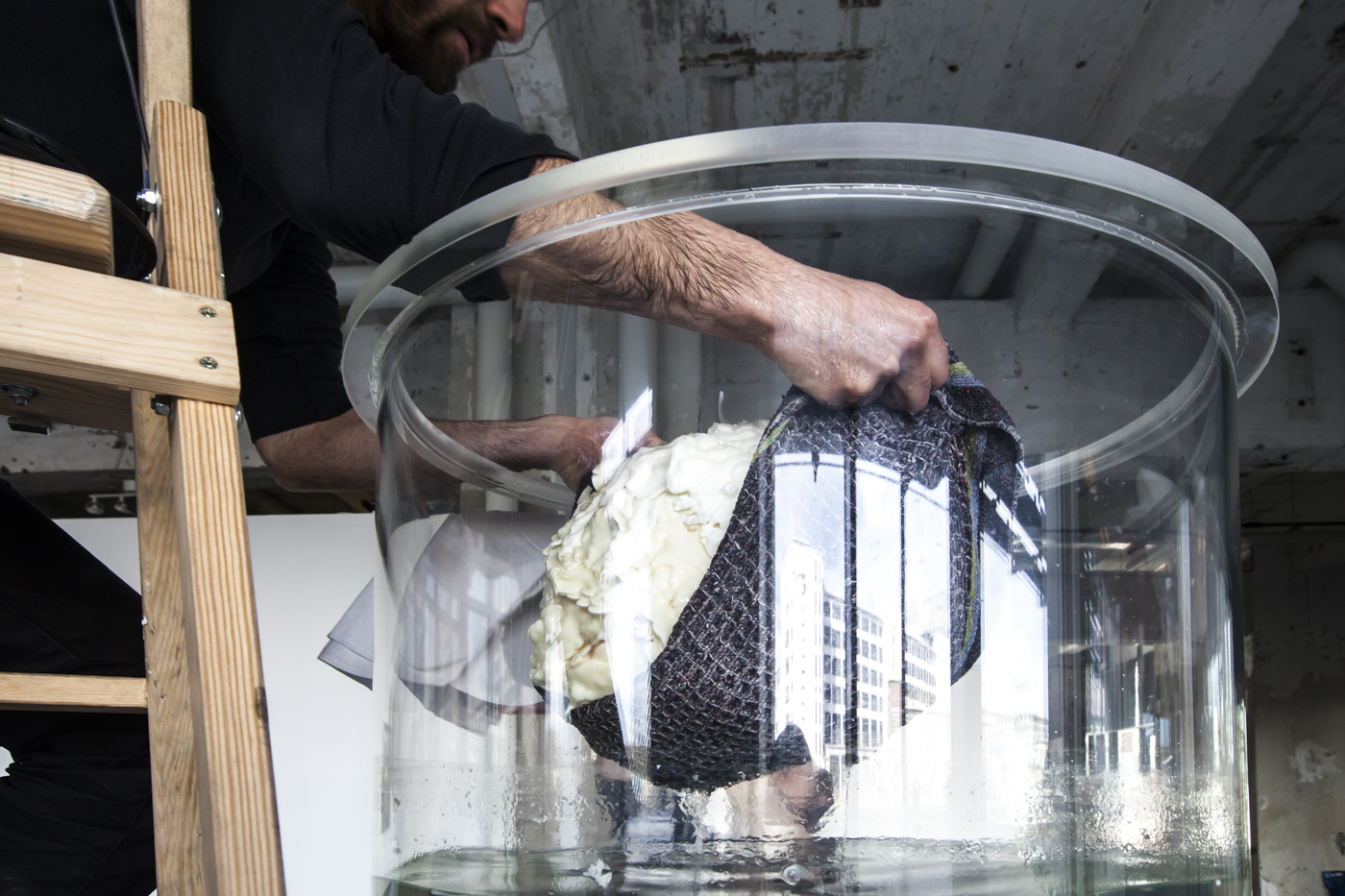 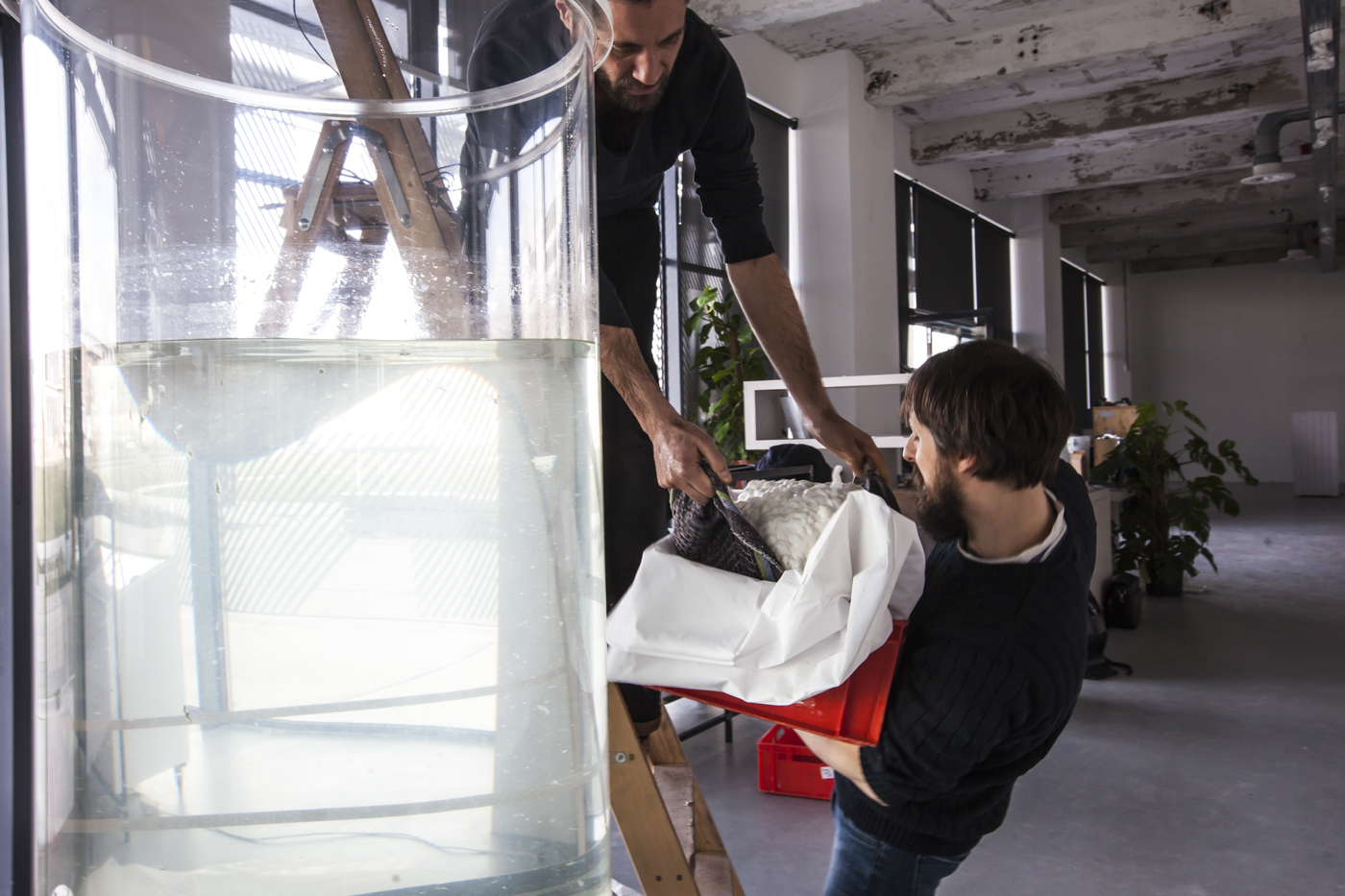 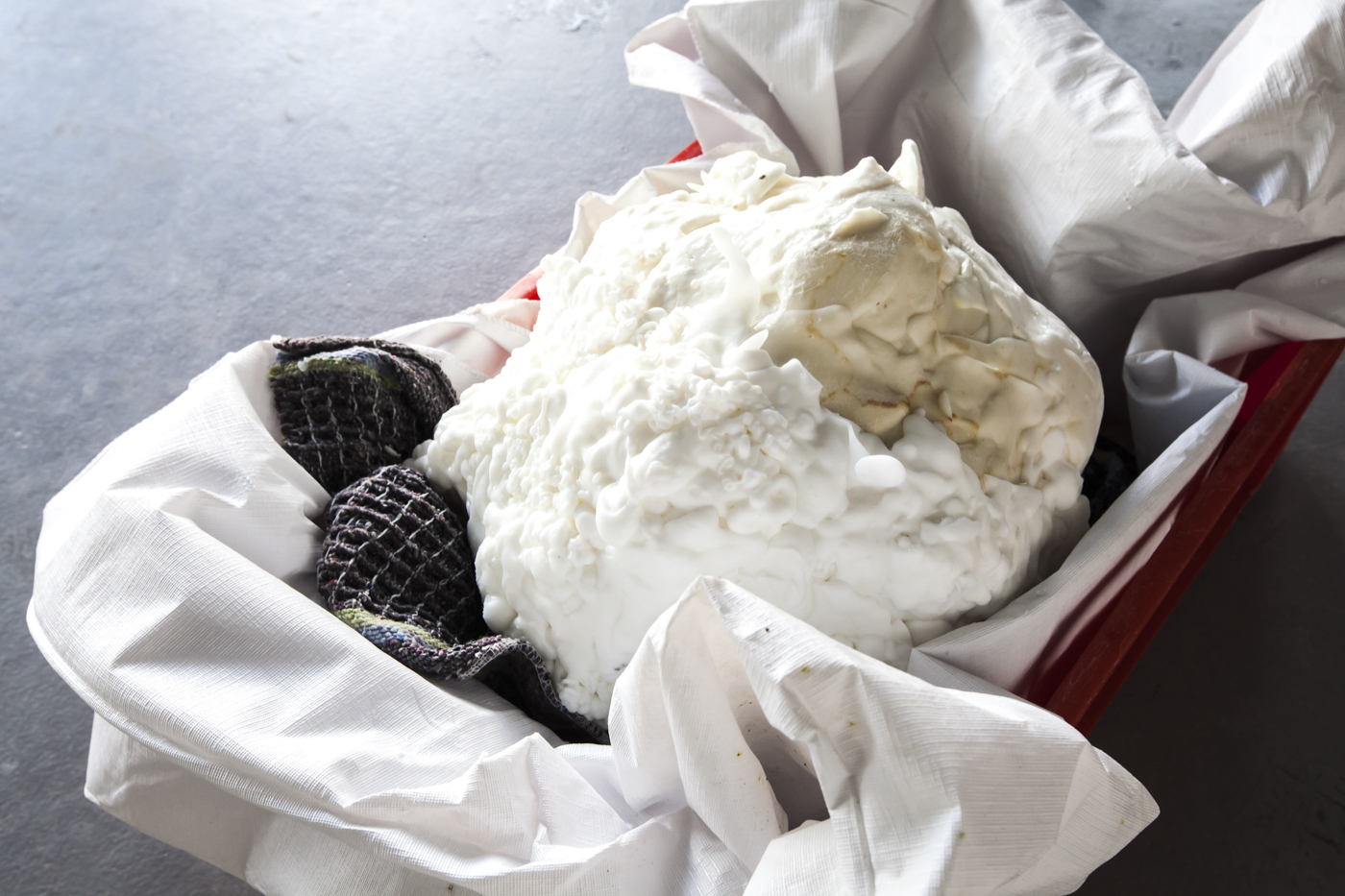 In February, the Matter of Life exhibition at MU finally came to an end. Fortunately FATBERG already had a new temporary home organised at Design Column #10: Crazy Care System at Museum Boijmans van Beuningen in Rotterdam. FATBERG was on the move. Transporting a 30KG island of fat, even at this relatively modest size was still quite a task. Despite the weight the berg had now gained, and its relatively solid body, it was still a fragile mass of fat, inevitably meaning parts would break off. Still, its continued growth would mean any wounds it would suffer would be soon buried under future donations of fat so this was merely collateral damage – no pain no gain. At this scale it was still possible to be “hands-on” with the berg so this was a moment to savour. Strangely the whole procedure was reminiscent of the coast guard attempting to shift a beached whale, the FATBERG being draped in a sheet and lifted unceremoniously from the tank, before being laid to rest in a bed of bubble wrap lining a red plastic crate. Immediately our minds shifted to future movements of the berg and the design of a hoist or mechanical crane. At its present size and phase of growth, FATBERG might be large enough to become a physical challenge, but not yet large enough to force us into utilising larger scale, industrial systems. The only thing we know, is that we will never being to be so hands-on with the berg again.