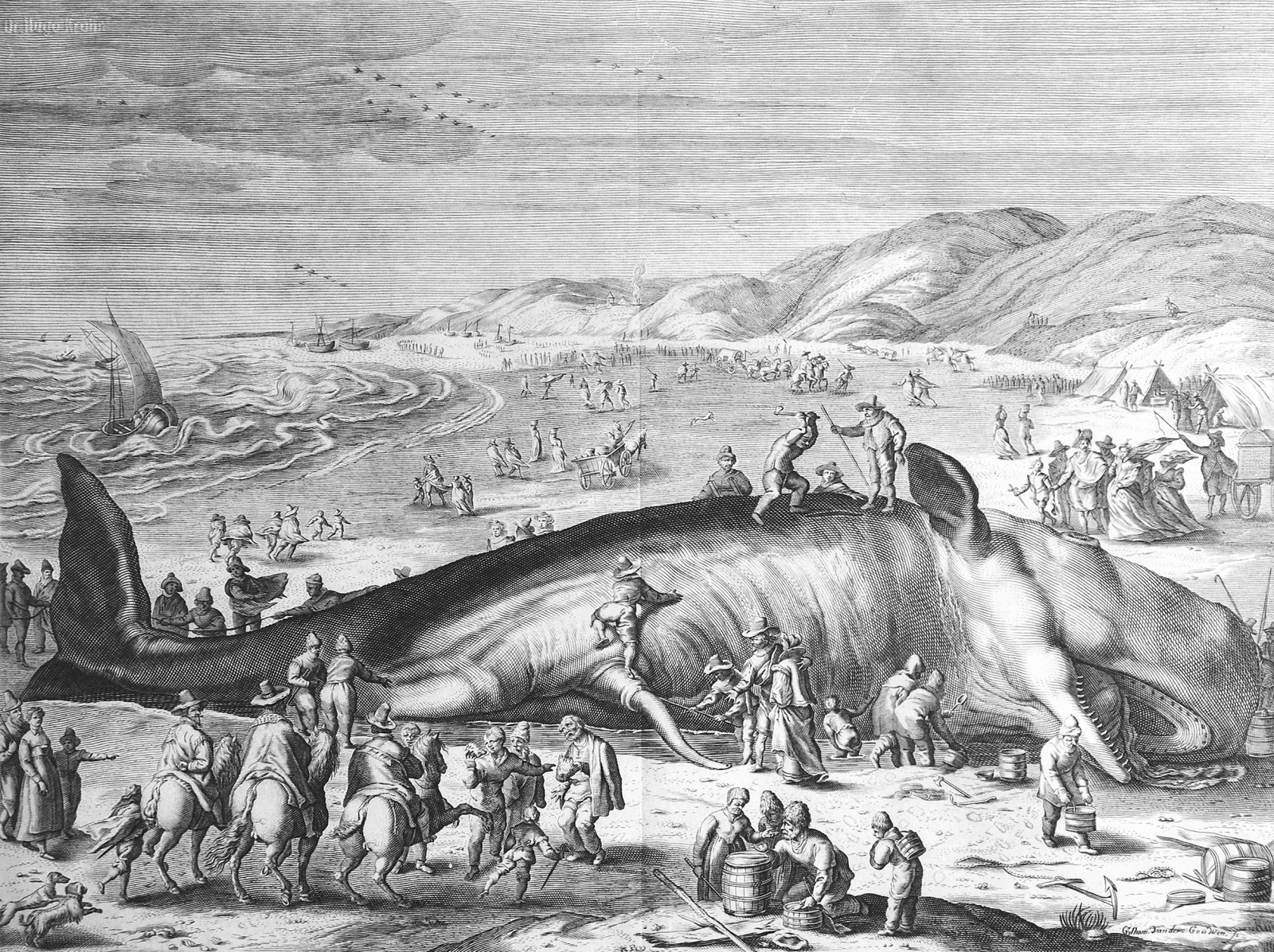 Throughout history fat has been used as a fuel and source of energy, for example whale oil (another triglyceride) was used as a cheap illuminant in lamps. Whale oil was sometimes known as train oil, coming from the Dutch word “traan” for “tear” or “drop”. The oil was obtained by boiling strips of blubber harvested from whales. Whale oil has low viscosity (lower than that of olive oil), is clear, and varies in colour from a bright honey yellow to a dark brown, according to where it has been extracted and the refinement process. In the 1700’s it was noted that the burning oil from Sperm whales glowed brightly and clearly and did not have a disagreeable odour, unlike the oil from Right whales. Baleen whales, or the Great Whale, were generally the main source of whale oil as their oil is exclusively composed of triglycerides. The Inuit predominately used seal and Beluga whale oil as fuel, the latter begin considered the best as it burns without any soot and makes a high, clean flame. To prepare seal oil, seal fat would be placed outside above the entrance to the igloo until frozen solid, at which point the frozen fat would be crushed and used as fuel. Seal fat would also be stored in Seal Skin pouches or later in Oil Drums for future use.

Over time, Kerosene from petroleum steadily replaced whale oil as a cheaper, more efficient and longer lasting illuminant in North America and found great demand in Europe and around the globe. In 1986, the International Whaling Commission declared a temporary halt on commercial whaling, which all but ended the use of whale oil today. However, the Inuits of North America are still today granted special whaling rights due to the importance of whaling to their cultural heritage, and they still use whale oil as both foodstuff and lamp oil.

So lets take a step back a minute and ponder – if we look at the prevalence of fat in our modern diet, and start to think of fat as the valuable resource that it in fact is, how would we adapt our daily habits and interactions with fat?